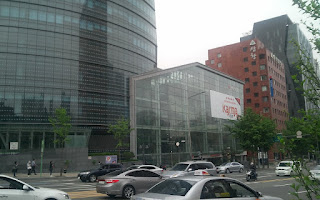 I had a wonderful opportunity to see a performance called Karma in Seoul this Saturday, the 12th of May!

It was my first time going to the Salvation Army Korea building at Chungjeongno Station.

I got there almost an hour early so I didn’t have to deal with the subway traffic, which I regretted later because when I got there I had a hard time finding a place I wanted to eat lunch at. Thus, I settled for Starbucks.

I was glad the performance was starting at 3 p.m. because the weather was reaching 80 degrees Fahrenheit. 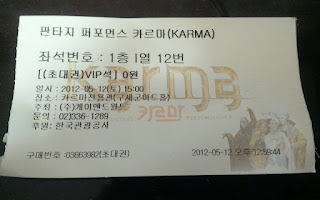 I was able to see some of the cast walking around casually, going into the dressing room to prepare. 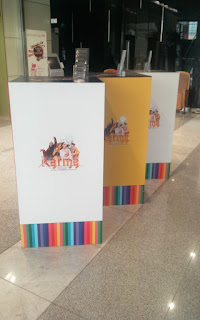 I wasn’t able to take pictures during, because of a copyright issue they

briefly announced before the start of the performance. This performance had a lot to offer!

It used traditional and modern technology to tell the story of good and evil we are all familiar with, but with a twist.

The martial arts, traditional instruments, dance forms and the paintings were stunning.

I particularly enjoyed the attention to details during the performance.

While the visible cast were doing their part, in the background you could notice a painting being created on the spot by a painter on the other side of the screen.

At first I was surprised that I didn’t notice that a painting was there!

I also enjoyed the part where the soldiers had to fight the digital version of the villain.

Everything was choreographed very well.

I went by myself to this event because I wanted to experience a Korean musical. I was expecting singing because it said “musical” but I was happy with a non-verbal performance.

Thanks to the KTO (Korea Tourism Organization) I was able to attend this event completely free and got to sit in the VIP area. 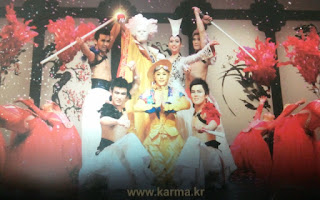 The cast performing were the same as the one in the brochure! 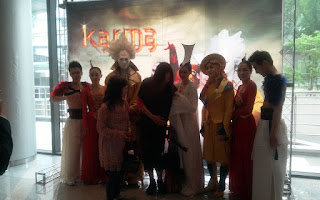 After the performance everyone could take pictures with part of the cast outside the hall.

Overall, I was very grateful to see this performance at the Karma Theatre.

For more information, please refer to this page:

Get Made Into a 3D Figure for Free!